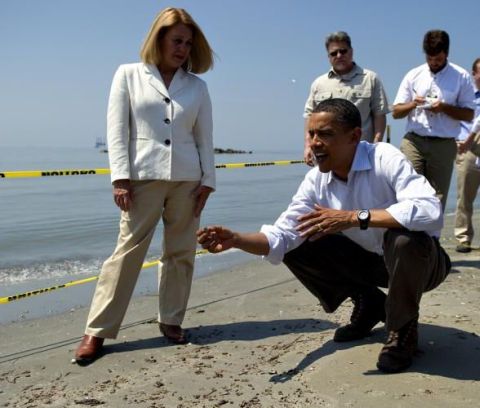 Five years ago, President Barack Obama proved himself the ninja master of business negotiation, getting British Petroleum to commit twenty billion dollars to a clean-up fund for their disastrous oil spill in 2010.

This despite BP’s statutory liability being limited to just $75 million.

Yes it’s five years later, and yes, the money will be doled out over eighteen more years, but … did you read the two paragraphs that precede this one?

Barack Obama is better at business negotiation than pretty much anyone.

Of course, it’s easy to be a business negotiation superstar when you’re President of the United States. But the same principles that apply to Mr. Obama’s deal with BP apply across the board; when you have the best information you’re in the best negotiating position, and if you’re willing to ask one not simple question, you can make business change happen. Here’s that question:

What’s Different About This Deal?

The question is simple, if you know where to look, but of course the very nature of business change is that to pull it off successfully you need to look at and think about existing processes in new ways.

Do you need to be an artist or a president to make that happen? We said it above; that helps. But you can do it, too.

And we’re here to help. Get with The Answer Guy and we’ll teach you everything you need to make real business change happen. We probably don’t have twenty billion dollars with your name on it but … stranger things have happened.