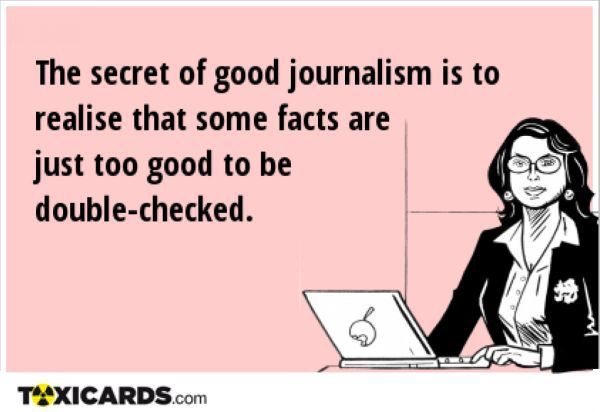 In 2009, The Federal Trade Commission created a rule that banned native advertisements without disclosure. We weighed in on the idea, saying that for $11,000,01 (the fine was $11,000) we’d post native advertisements for you, and a couple of months later followed up on the idea when it turned out that the lovely Kim Kardashian was selling tweets for a price that could cost her money if the FTC caught wind.

The following year, the joke that was FTC-fines-for-undisclosed-native-advertisements was completely blown up; a public relations firm that was doing exactly what the FTC ruling prohibited settled with the FTC without paying so much as a cent in fines.

We’ve used Ms. Kardashian as fodder for stories here several times, rarely in a complementary way. Nevertheless, despite just how unimportant Kim Kardashian should be, she remains an advertising juggernaut. Except now, native advertisements without disclosure have become a real issue.

The Problem With Native Advertisements

Let’s start with a disclosure: at a very real level I’m not sure native advertisements are necessarily such a bad thing. Sure, they’re manipulative and sneaky, but we no longer live in a word where clean journalism is either very highly valued by most, or even noticed when it’s practiced. The former journalist in me see that as kind of sad. But the unwashed masses just aren’t paying enough attention for disclosure to be the issue; else Donald Trump couldn’t be occupying the position of political prominence he currently enjoys.

On the other hand, native advertisements are a huge problem, for the same reason they aren’t; people aren’t paying attention.

I’m not interested in politicizing the issue. This post is about the things you need to do to ensure that your content marketing works, and the short of it is that unless you want to deal with both the distraction and the cost of the FTC knocking on your door there are some steps you need to take to mask your native advertisements. Fortunately, there are just two, and they’re simple.

The trick here (and I’m not a lawyer) is the visibility of those markings, and where you present them. The simplest interpretation of the FTC’s rules on native advertisements is that a disclosure must appear on every page where items that might be thought of as advertising appear, and so a “we get paid for some of the stuff we write” in the footer of every page will probably suffice. But if you choose to go that way know that unless your footer is always displayed you’ll have a problem if the FTC comes calling. And if disclosure down there in the part of your pages that most people ignore is tiny, the conversation will probably swing in ways you’ll find uncomfortable.

The next way to address this is that the links you use might be identified directly. For example, if you hover over the words “I’m not a lawyer” at the beginning of the prior paragraph you’ll get a popup that describes what the link points at. That’s also fine—maybe. The use of pop-ups has declined to the point that just getting one to appear isn’t always easy, and I’ve had people tell me that pop-ups are bad because blind people can’t see them. I’m choosing to ignore the second part as politically-correct pap, and that first part is unfortunate, but not terribly difficult to address.

Leaving us, assuming you want to believe your native advertisements defense is bulletproof, with only one choice: anything that’s an advertisement gets marked as such, directly. But even this native advertisements strategy isn’t perfect. See this involved, fancy article at The New York Times? It isn’t an article at all, but if you stumbled on it you wouldn’t know until you got to the very bottom where you see—in that tiny-type-in-the-footer I mentioned before, this:

Deceptive, or appropriate “native advertisements disclaimer”? I expect we’ll find out eventually, but The Times isn’t helping their case by having the logo of T Brand Studio look like this, and far more prominent:

That’s right: the disclaimer is tiny and refers to a segment of The New York Times Company that uses the jealously-protected New York Times logo—which is all over the page. Of course the article is a native advertisement, you must be thinking!

OK, so probably not.