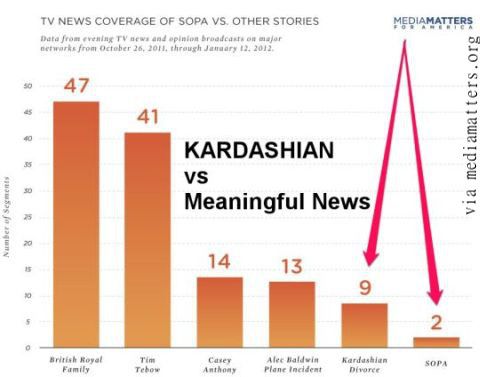 If it’s never before occurred to you that the word “Kardashian” sounds like a monetary unit (<ahem>; the Kardashian kind of IS a monetary unit), then the point I’m about to make about custom databases might be hard to process.

Business Process, that is.

For the last several weeks, one of the most popular games in both the iTunes and Google Play stores has been Kim Kardashian: Hollywood.  I could comment on the societal vapidity that such a statement suggests. I could point you at the several posts about Kim Kardashian that I’ve made here, starting with this one on undisclosed advertising. But I have a far more serious point to make today:

Business process often develops in ways that may not be exactly apparent. And I am a bit horrified that so many more celebrity-driven news stories fill our lives than stories about things that matter to business, business process, and greater society in general. But let’s move forward: even if unwittingly, Kim Kardashian can be a great example of intelligently-designed business process.

Glu Mobile, the folks printing gobs of money off Ms. Kardashian via Kim Kardashian: Hollywood, are an established game producer. Glu understands its business and the games distribution industry about as well as anyone. So it came as no surprise when Glu Canada General Manager Christopher Locke revealed that Kim Kardashian: Hollywood was built on the framework of an existing Glu game, Stardom: Hollywood.

Yikes. Even a game based on Kim Kardashian’s life is just warmed over to make it look as though Kardashian is the focal point.

You might think that I’ve slipped back into a social commentary, but my point is about the way business process works. When I came across that story I flashed back almost thirty years to what became a repeating scenario in my then technology-consulting business. We did a lot of systems integration work for small businesses who’d come to us looking for programming and education, and one day while setting up a dental practice’s “custom” billing and patient management system I discovered it was a re-appropriation of work that’d previously been sold as a car repair shop solution.

I was young, and my immediate reaction was one of indignation. In fact, that indignation was justified in that the dentist had paid almost $50,000 for what he’d been told was software being written just for him when in fact it was something that had been written for someone else and very little beyond the re-naming of database fields had taken place.

I made a very lucrative client out of that dentist when I negotiated a $35,000 refund from the company he’d bought the software from. It was one of my first business process lessons.

And that’s the point. Kardashianism notwithstanding, business changes in lots of ways, and they aren’t always apparent. I’m sure Kim Kardashian’s people never thought about nor needed to negotiate the terms of how Kim Kardashian: Hollywood was developed; and it doesn’t matter so long as lots of new kardashidollars get printed. But for most businesses, managing every aspect of business process is a bottom-line function that matters in very real ways.

And sometimes the things that matter can be as geeky as arranging databases the right way. We’ve seen no less a company than Apple screw up databases for no-less-huge a product than iTunes. We watched FitBit shoot to life-tracker prominence and then disappear based on inadequate data tracking. There still isn’t a content management system comment service worth using.

It’s your database; make sure both the information and the way that information is stored is under your control. And if that business process seems too hard to manage, well, that’s why we’re here.