Making and Keeping Friends on The Internet 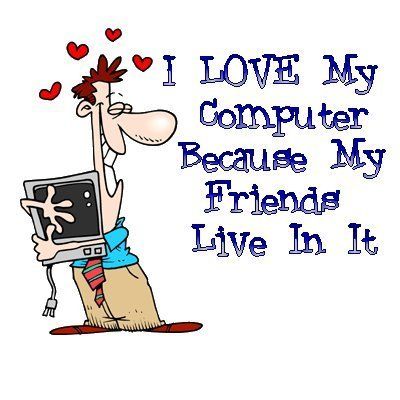 How many friends do you have? How many are “internet friends”? Even more: how much thought have you given to what it takes to make friends—or about keeping friends on the Internet?

I’m not talking about how unsocial social media can be. I’m also not talking about keeping your off-line life separate from what you do on-line. The idea of keeping friends on the Internet is truly about this: if you have internet friends, do you know what’s required to keep them?

All kinds of things go into a conversation on this topic, including the idea of less-social social networks—which exist and yeah, those can truly feel more social. But I’m talking about something simpler. Something way more old-school. A thing that would have worked before we had the Internet. It’s called talking.

OK, it’s not really talking; I’ve never spoken with Duke Vukadinovic. But Duke and I crossed paths a few months ago, and then again recently. And I’d like to think that even though I needed to turn down a request he made, in doing so I’ve made strides keeping friends on the Internet. Especially keeping this one.

A few weeks back, Duke sent me a note asking for a link to an article on his website. I let it slip a few days, and Duke wrote again … asking for a response even if it was “no”. And it WAS no. I told Duke why:

I have a context problem. The piece you referred to at answerguy.com is … old and simple, and your comprehensive article, carrying the date in January of this year would be kind of an odd link out. Think about it:

I went on to explain to Duke that our back-and-forth might make a good story and that maybe I could link from that story to his. And here’s that link.

Keeping Friends On The Internet

The context of my decision was important to the world of folks who visit Answer Guy Central. I really can’t publish links with questionable meanings. Was it important to Duke Vukadinovic? I hope so; we’ll see.

Friendship doesn’t happen on Facebook. Reconnecting? Sure, a little. But friendship is about talking when a conversation is necessary. Customer Service works that way, too. Interesting in keeping friends on the Internet? Or keeping customers, Internet-based or otherwise?