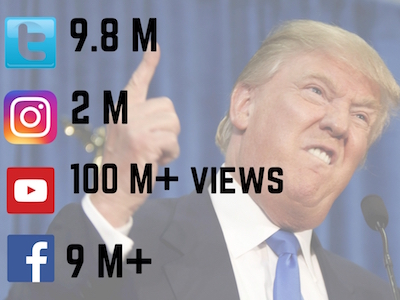 A couple of hours before the magnitude of what was about to happen became clear, I posted this question:

Who Else Hates Florida?

I’m happy—I mean this, seriously—that the folks who work for me are comfortable engaging in this kind of ribbing with me. And I believe that many of them are; this wan’t an isolated example of someone stepping into territory that could have caused problems if I was a different kind of manager. Nevertheless, it was incredibly dumb to gloat, publicly, at the guy responsible for his livelihood.

Or maybe it was irresponsible of me to have accepted his friend request. So here’s where this conversation has the potential to go off the rails.

The very nature of social media is that building links among everyone you know is supposed to be “good”. That means, for example, that you need to be clean; I’ve said before that swearing in writing is a bad idea, unless the context of what you’re writing relies on the bad words. But was it stupid of this guy to get familiar with me in public, or was it stupid of me to open up my circles to him?

There’s no one answer, of course, but the question brings us back to the idea of The UNsocial Media President.

I wrote that over five years ago, and it seems that whether it’s you or “the other guy” responsible, sooner or later (maybe just later; maybe you need to be running for President), you can be a racist in writing and it won’t cost you your job. Social Media is REAL Business Change, and maybe social networks always become unsocial networks.

Maybe in the era of The Social Media President it comes down to avoiding social media depression. Or maybe we’ve entered a time where “I Didn’t Mean It” is good enough. It’s good enough for Donald Trump, right?

The Social Media President is about to be more than just a theoretical thing. I’m hoping Mr. Trump learns to adjust his rhetoric.

And if you haven’t already figure this out, you may want to adjust yours. Need Help?