How To Get A Wireless Carrier To Lower Your Monthly Charge 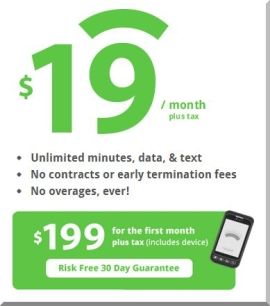 Influency comes in many forms, and with almost everyone having a mobile phone, your wireless telecom carrier sure does occupy a position of influency in your life. You’ll pay what they tell you, or bad things will happen.

Over three years ago, Google took a shot at disrupting the wireless telecom business when they introduced the NexusOne. Nothing happened. But time has passed, business has changed, and the idea of buying a phone inexpensively and taking it to another carrier is starting to mature.

Which leaves carriers scrambling for ways to maintain revenue.

One side effect of this business change is that people are asking questions that they didn’t know how to ask before the ground started shifting under their feet.And while the questions are intelligent, the problem is that the wrong information is being cobbled together to form them. This works to the wireless carriers’ advantage, of course; if you’re confused you’re in no position to make smart choices. We knew that computers are too hard, and that getting the answer to computer questions is about asking the right question. But … phones?

This morning I came across an interesting discussion at C|Net.The conversation was about why your wireless carrier keeps charging you the same monthly fee even after you’re finished paying off the subsidy they give you when you buy a new phone. And as I pointed out there, the answer, is ‘because they can’:

ETF fees are there to recoup the cost of the subsidies Telcos put into selling you a phone. When you pay $99 or $199 for a phone and the Telco had paid $400 or more for it, they’ve spent several hundred dollars to get you on board and into your contract. If you leave early, they want that money back.

That’s the extent of the relationship ON THIS POINT.

In other words, the price of your service doesn’t go down after you “pay off your phone purchase” because … THAT’S SIMPLY THE PRICE OF THE SERVICE. Could they charge you less? Sure. But … why would they?

The more complicated business becomes, the more it makes sense to look for the “because you can” angles, both from the perspective of the company acting on them, and that of the person or business drowning in because they can soup. Just don’t lose sleep; make sure to stay on your own moral high ground.

Otherwise—and what an interesting coincidence that this example is about a wireless telecom company—things can get so bad that you find yourself on the wrong end of a conversation about fraud. Or worse: you could end up on The Verizon Wireless Customer Service Wall of Shame.

Of course, as The Big Lebowski says, that don’t make no nevermind to me.