Newspapers may be Influence-y, but talking-head video isn’t 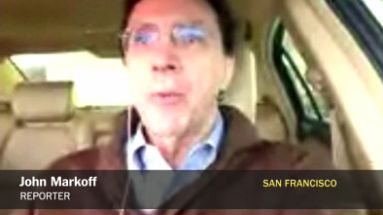 This is John Markoff. Mr. Markoff, best known for once saying that blogging would turn out to be the CB Radio of the 21st century, is a science and technology writer for The New York Times, and the guy who’s become most visible at The Old Grey Lady now that David Pogue has become distracted by other things.

Ironically, Mr. Markoff appears in this New York Times video sitting in his car, looking more like a spokesman for an insurance company than a technology journalist.

Mr. Markoff is one of two talking heads in this video. The other is Marcus Mabry, the Times’ International Business Editor. You’d think one of these veteran journalists would have been smart enough to stop the insanity, but no: 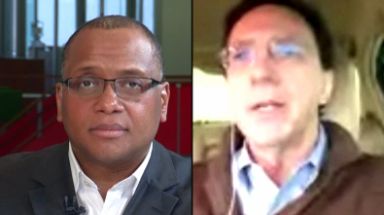 Are all the old school newspapers using the same media consultancy?

It was just last week that I commented on very much the same behavior by The Washington Post:

I’m not sure whether the two young reporters at The Post, at a table, are better or worse than the two elder statesmen from The Times on split-screen over Skype, but I do know this:

No one cares. And unless you have the built-in clout of a large media outlet no one will watch.

You’d think that these bastions of journalism would have figured out by now that when your lips move but you don’t say anything adding video doesn’t make things better. In fact, doing video just for the sake of doing video is worse than not doing it at all.

Then again, The Washington Post fires columnists whose blogs don’t get read enough, and The New York Times has managed business change by firing its Social Media Manager, on its way to becoming a collection of the very same bloggers Mr. Markoff has such a problem with.

Am I the only one who sees the hypocrisy in all of this?

Video works, and you should be doing it. If you’re ready to take that step in your Influency efforts, contact me now.

But don’t do it the wrong way. Because when you do, well, as The Big Lebowski says, It Don’t Make No Nevermind To Me.