Blowing Up Influency With F-Bombs 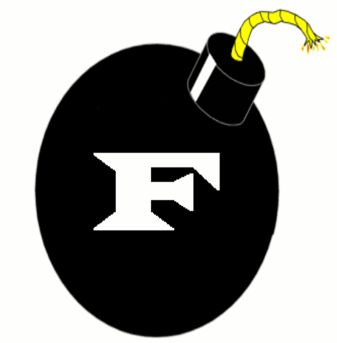 F-Bombs are  a matter of taste. And they’re rarely un-influence-y. But if the influence you create using an F-Bomb doesn’t add something to your message, then even if there’s influence, that F-Bomb created no Influency.

Still with me? Lots of F-Bombs and Influence references, right? Let me explain:

A new web site recently popped up that uses a name I won’t print here. And it immediately generated a ton of traffic. But the message at the site (WARNING: VERY NSFW), while accurate, is presented in a way that will offend a lot of people, and the message behind its many uses of the dreaded F-Bomb will therefore be lost. Once the site blows up its fifteen minutes of fame, you’ll never hear of it again.

On the other hand, if the author’s goal was simply to attract attention, he met that goal. And as I said above, his message was sound; when you design a web site the site’s goal is to deliver a message simply and in as unlikely-to-break-when-people-visit-it a manner as possible. Make no mistake: if you follow the link to F-Bomb Central, from pretty much any computer, phone, tablet, or any other Internet-connected device, the site will look exactly the same and deliver the same message.

But the way a message is delivered matters, too. So even if shocking people is your shtick, that shock still needs to be delivered in a way that doesn’t chase people off. We’ve talked about F-Bombs here a few times before, and while I admire the attempt at authenticity that a smart guy like Julien Smith is shooting for when he swears in his writing, in general the only time using F-Bombs or other controversial words in print is OK is when they provide context that’s necessary to the story you’re telling. Brian Clark couldn’t tell this story without swearing. But there’s a reason Goldman Sachs has an official policy against swearing in email.

So as I wrap up a week of Influency tidbits that might seem unrelated, let me say that they aren’t. Jewish Search Algorithms, Ashton Kutcher’s Social Media Standing, Google Play Music Resurrecting the long-dead Bing Crosby, and email’s simultaneous importance and marginalization all point to the same thing: Influency requires careful cultivation and management.

And F-Bombs? Not Influency. Not in print/on video, anyway.

Wanna F-ing Talk About It?