Business Process and the Handcuffing of Negative Opinion 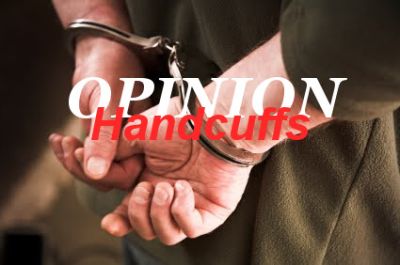 There’s this point straddling the fence between getting attention and being a jerk that anyone who’s tried content marketing can relate to. You need to get “out there”; no seriously, you need to get out there, but with so many voices vying for attention that gets harder every day. This is both the reason that optimization matters and a huge problem; Search Engine Optimization has become both incredibly difficult and overall less effective, and yet still needs to happen as a regular part of your business process strategy.

And now, it’s sort of illegal.

I emphasize the “sort of” part, because this illegality exists for the moment only in France and because the Internet has no laws. But even if you have no plans to travel to France nor concerns about being arrested upon your arrival, and even if you don’t do business there (or anywhere other than where you are), you need to figure out how business process and business reality intersect for you.

For example, Microsoft decided a couple of years ago that their policy on how you were allowed to use SkyDrive needed to border on one that sounded a lot like censorship. But as I pointed out then, the real issue was one of business process; Microsoft doesn’t care if you look at or store nudie pictures at all—they just want culpable deniability in the event some person in some place where such things are illegal starts squawking.

The only applicable in France thing got worse a few days ago when a French blogger was fined and ordered to alter a post she’d written speaking negatively about a restaurant. No doubt this would become a “right to be forgotten” issue some time down the road, except the blogger decided that rather than merely alter the post to comply with the ruling she’d delete it altogether.

The frightening thing is that it wasn’t even the negative opinion being throttled; the fine was for having shown up in a high search engine position. Literally, both having and stating opinion were allowed, but the techniques used to get the opinion heard were deemed illegal.

This isn’t the first time Search Engine Optimization’s been caught in an odd legal position, by the way. Several years ago an American SEO practitioner was ruled a co-conspirator to the counterfeiting charges made against a company he was doing optimization for. At least those accusations had a basis along the lines of “you should have known you were helping someone break laws”.

Jurisdictional issues aside, this story concerns me because every time something like this happens we get … just … a… bit … closer to losing the right to opinions. And when you take away opinion you not only create an incredibly boring world but you make it impossible to even have a business process. Think about that; if all you can do is state fact then you’d better be Google, Verizon, General Motors, or JP Morgan Chase because pretty much anyone who can’t stand up and market themselves based on anything beyond being the biggest at <whatever> will have no leg to stand on.

Tell the truth: ugly as it sounds, isn’t this even worse than an environment where if there’s a problem with something you can just pay to have content you dislike removed?

Thinking about how to manage your business processes and not quite sure where all these things come together? That’s why I’m here.