It’s The Death of the Blog … Again 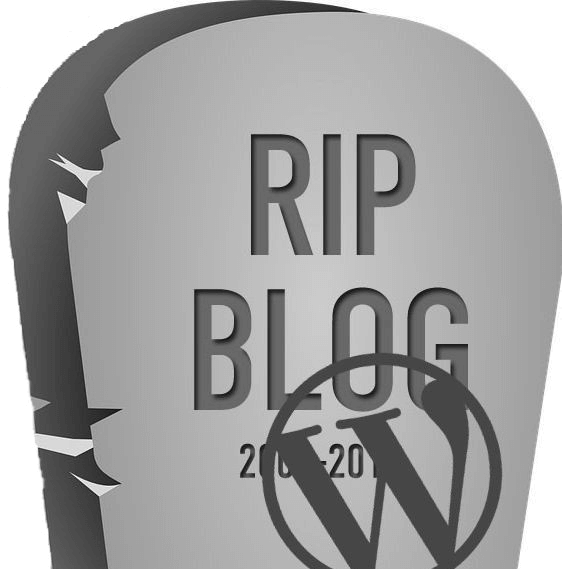 It’s the death of the blog. Again.

This time, depending on how you read the words “death of the blog”, there’s a new legitimacy to the claim. As the folks at WP Tavern point out, one of the most prolific and long-standing bloggers around has moved his blog to WordPress.

WP Tavern isn’t exactly a neutral/real journalism source; it’s owned by Matt Mullenweg, Automattic’s CEO (Automattic sort of owns WordPress). So their story is at least partially about WordPress’ importance and not about blogging.

But view WordPress as the mere blogging platform it was created as, and add that truth back in for context. All of a sudden the death of blogging takes on a different meaning. But it isn’t about WordPress. WordPress is huge, and deservedly so, but Waxy.org moving there is about Waxy’s evolution, not about WordPress.

As Waxy’s Andy Baio points out (and Andy’s the real deal; he was once the CTO at Kickstarter), blogging has died because you can’t name an independent blog you’ve found recently. Ironically, having just found his, I can’t make that claim right now—although Waxy isn’t new. The question—assuming you care about such things—is what you do with Andy’s wisdom.

It aligns with something I’ve said before, and underscores why self-hosted WordPress is the best place for you to run your blog/website. Long story short, running your website on a platform someone else owns is really dangerous.

The Death of Blogging ?

Yeah, if “you’re just blogging” it’s too late to start. And if volume readership is your goal there are too many blogs. On the other hand, “business blogging” isn’t dead because it’s done as part of a bigger strategy.

You have a strategy for the way your business conducts blogging and other on-line marketing, right? Your social media house is in order? You do reach-out to other blogs, and have at least the bones of SEO in place … right?