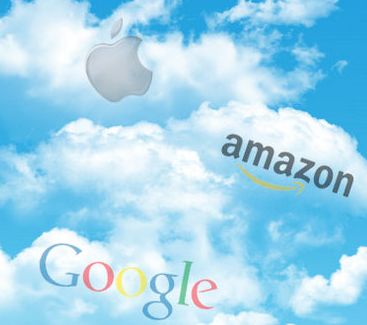 It’s occurred to me that there are three big driving-the-way-the-Internet-works companies left (for now) to talk about. Maybe four if you count Facebook. Who are these companies? You’ve guessed it; Google, Amazon, and Apple control the world.

And honestly, Apple is slipping; let’s limit the influency-moving-forward conversation to Google and Amazon.

There’s a lot to dislike about the way Google is doing business, lately. While it would be naïve to think Google was going to keep giving away everything they make forever and ‘subsist’ on the revenue they derive as the world’s largest-and-there-is-no-second-place advertising agency, acts like the killing of Google Reader are unsettling—and driving most discussions about the delivered-right-after-Google-Reader-was-axed Google Keep.

It’s easy to argue that if a product is failing to deliver enough something to justify its continued support you should discontinue it. And Google is a for-profit company; they have no obligation to keep resources attached to under-performing products just because a few tens or hundreds of thousands of people use them.

On the other hand: Google is so big, and has so many people who—I’m sorry Google, but let’s face it—aren’t productive anywhere near 100% of the time, it wouldn’t really cost anything measurable to keep popular-but-not-their-main-focus products running, if only to avoid public opinion hailstorms.

Then again, Google said long ago that they don’t really understand how their own infrastructure works.

I’m not sure whether Google is losing focus or intentionally ignoring the public relations and influency issues surrounding their actions, and I’m not even sure which issue would be worse; Google has enough critical mass to do pretty much anything and thrive. But when I look at Amazon.com I realize that it doesn’t matter. Amazon.com ‘gets’ long-tail marketing.

And that’s the issue. Large or small, entrenched or not, long tail marketing matters. You need to keep pushing your message in as many places and in as many ways as you can (afford), because otherwise, you will (eventually) disappear. Amazon understands this.

I don’t always agree with Amazon’s business methods, by the way. I hate that if you want to take advantage of Amazon’s free app of the day program, for example, you must both install the Amazon App for that purpose on your SmartPhone and keep it installed or your Amazon-acquired apps will stop working. Isn’t the fact that you side-loaded the Amazon-sponsored apps, bypassing the Google Play Appstore that so many people think of as “the” app store enough Influency for Amazon?

But in general, Amazon understands when to create business change. They seem to understand coopetition. And so, while Google makes a fortune on advertising and certainly needs to protect that revenue can they really think that banning Ad-blocking software from Google Play will make it go away? Who’s naïve now, Google?

We make you the good guy. Want to talk about how we do it? Contact me here.