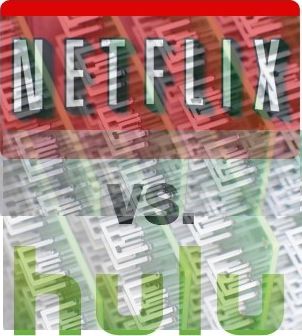 Yesterday, Netflix lost the right to carry about 2,000 movies. Also yesterday, YouTube ‘declared victory’ over television. And this weekend, my fiancée and I are moving her daughter into an apartment of her own, where she has no plans to sign up for cable television.

Wrap your head around all that, and if you come to any conclusion other than ‘the media business is really, really changing’, you need to start over.

Long-time readers know that I’ve been talking about changes in the media business for a few years now. Media executives seem to have a serious problem getting out of their own way, and when Louis CK demonstrated how much smarter he is than most media executives, you just knew this game was escalating.

Although they’re doing it with the speed you’d expect from a company of their size, Verizon is starting to change the way they look at media. People are demanding choice and reasonable prices, and even rich, smart Venture Capitalists aren’t against resorting to piracy. That’s less about money than choice, of course, but this stuff is converging, fast.

So think about it: last month I told you about Aereo, a way to get broadcast television over the Internet, (note: Aereo was declared illegal by the US Supreme Court on June 25, 2014) . You know about Netflix, of course, and Hulu. You’re probably about as interested in the intricacies and moral and legal issues surrounding piracy as most people, so imagine you’re twenty-two, moving to your own place for the first time, and can get Aereo ($8 per month), Netflix ($8 per month) and Hulu Plus (surprise! $8 per month) to cover live broadcast TV, old episodes and movies, and nearly-current broadcast TV. $24 per month instead of at least $50 for cable, choices you make and program yourself, and the added benefit of it all being available to you everywhere—not just in your home.

Game over. The media business has changed, and the old-school media companies have lost.

All of these stories paint a pretty convincing picture, but YouTube’s “we’ve already beaten television” stance is maybe the best of all. Because they’re right. YouTube is the ‘winner’, because, well, they’re YouTube. But the real story isn’t about YouTube, at all; it’s about the fact that people now  demand the ability to watch what they want, when they want, where they want, and in that environment, we’re all in the media business.

Where is your media Influency coming from?

A couple of years ago, I told you that producing video wasn’t a great idea. I’ll stand by that position to a point; if you don’t do it right producing video is expensive, and won’t—certainly not in the Hulu/Netflix/Aereo/YouTube era—pay off. But for the most part, in a much larger way, I’ve reversed my position: you must start producing video, right now. Just … do it right.

In other words: you can’t build a web site in an hour. But … build one, you must. And get people there. And do a lot of things the right way.

Take a look at your media marketing strategies. Grab The Long Tail And Hold On. And when you’re ready to get serious about Influency and your media strategy, Contact Me here.