Who Are You And Why Do I Care? 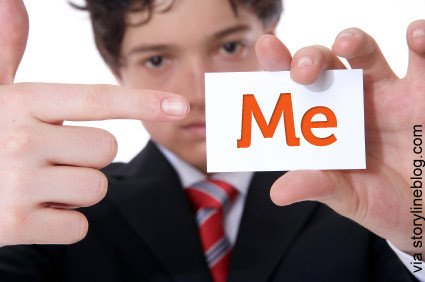 Imagine, if you will, that you’re trying to get noticed. The Internet is a big place, and absent Influency getting your brand noticed becomes harder every day. So, one more time, with gusto: Self-promotion is OK.

I wrote about self-promotion last week, and for that matter the week prior. Truth be told, even when the specific topic here is something other than self-promotion, the idea of self-promotion as part of your plan for achieving Influency* is always an undercurrent of what I write here. Self-promotion is OK. Getting others to evangelize for you is even better, but either way it’s OK to toot your own horn.

I happened to be involved in a couple of instances of self-promotion-as-both-marketing-and-controversy-creation last week, and this morning I’m writing about them, both because doing so fits the topic and furthers our own Influency and self-promotion efforts, and because there’s this evangelical part of me that gets off saying “See? I Told You So!”

One resolved quickly enough. It was a discussion of Search Engine Optimization tactics regarding the part of SEO that I see as Reputation Management. I specify the “I see as reputation management” part of things because bringing it up (yes, self-promotionally) led to an interesting back-and-forth that started out to be about reputation management and quickly morphed into the right way to moderate comments on a blog. It took place in a community of people who make their living doing promotion for themselves and others, and thought was encouraged by the members and the moderator, if not by the software “running things”.

The other happened at StackOverflow, which was one of the sites I mentioned last week in my words on self-promotion. This was the second thread I found myself embroiled in at the site for holier-than-thou programmers, and the good news is that my comments weren’t deleted this time around. On the other hand, the person doing most of the responding to me in that thread had much the same position as the moderator of the previous self-promotion thread there: “we already know what this thread is about and you shouldn’t try to change the topic for your benefit or any other purpose”.

Get past the idea of someone else wishing to be the the arbiter of when you should speak and what it’s OK to say, and the real story here becomes about how you decide what tools and outlets you use to practice Influency Marketing and Self-Promotion. The shear volume of tools available for self-promotion means that you simply can’t use them all; you need to decide how and where to practice self-promotion before you try doing self-promotion. Obvious no-brainer winners like Vine come along occasionally, but  we’re drowning in a sea of tools that just aren’t worth your time, and even if you pick the right tools you still need to understand the right way to use them.

This can get awfully granular. I point you at this story about the way we use images here as an example, and you can see it in action by examining the image atop this article.

So, who are you and why should anyone care? You’re the expert in your field, but unless you tell the world, that message isn’t going to go far enough to matter. Want help? Hit me right here.