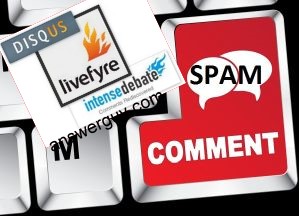 I’ve been out of town, and so while Bob has been working, and our long-tail marketing efforts have continued doing their thing, I missed something a few days ago. Now, let’s tweak the Influency equation a bit. And let’s talk about why.

Last week, our old friend Adam Popescu wrote a story about … comments. It might seem like an unimportant subject, but in the Influency game very little is insignificant.

Popescu wrote about a subject that’s been on my mind for quite a while: what’s the right way to manage comments on your blog or website?

It’s a complicated subject; while you might not be all that interested in comments on the Internet, many, MANY people are, and comments are the lifeblood of search engine optimization. And with optimization being one of the tenets of Influency, we pay close attention to the subject.

What Adam Popescu talks about in that article is that comments have become a big business all unto themselves. The three largest players, Livefyre, IntenseDebate, and Disqus, manage untold billions of comments on web sites large and small, making it easier for people to leave comments and track related topics, while simultaneously cutting down on SPAM—if you’re lucky.

And until now, despite the many benefits of using these systems, we’ve stayed away, for one reason: when your content lives on their web site, you lessen your Influency.

This isn’t OK. It’s bad form from a marketing perspective and dangerous; what happens if someone you’re doing business with goes away?

If this post and Livefyre’s stated positions are correct, using Livefyre to manage comments eliminates those issues. Livefyre comments on your content are still stored in your Content Management System, and “they pass through all your SEO credit”. OK, cool; we’ve just turned on Livefyre here (as you know, we test everything we do or recommend on our own site so you’re covered later), and will report back on the issue, soon.

But assuming our optimization concerns are assuaged, there’s still the question of whether you want someone else to manage your comments.

In a way, this is a story about coopetition. If, in a social world, there’s no reason to fear your competitors, wouldn’t it stand to reason that it’s OK to let others benefit from your content?

Let’s start with the idea that comments at your web site are ‘your’ content. You didn’t create them, and depending on the way you moderate them may not have any idea what’s in them, either. But Google sees comments as content, both because the words in them send out signals, and because when you use a content management system each comment at your web site gets its own web page and permanent address.

So the issues, assuming Livefyre is telling the truth, that all your comments remain your comments with addresses at your web site instead of at livefyre.com and the content itself remaining hosted solely on your domain so as not to pull optimization away from you because of LiveFyre’s size, come down to comment facilitation and SPAM management.

Does using a system like Livefyre boost the number of comments you receive? That’s one of the things we’re looking to find out, and one of the few—maybe the only—question we’ll be able to answer conclusively. What about the SPAM question?

People have different definitions of SPAM, so right off the top that makes this an interesting question. I completely disagree with the way C|Net saw it a few years back, think Digg raised interesting but troubling questions in this story, and of course have big issues with Gizmodo. And SPAM is a serious subject.

But if you manage your comments intelligently, SPAM can be reduced, and so can its impact. We’re going to see just what the ramifications of using Livefyre turn out to be, and get back to you.

In the meantime, let’s get started boosting your Influency.