So Many Svbtle Self-Promotional Tools, So Little Time 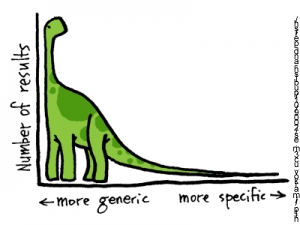 A couple of years ago, I asked whether the world has too many blogs. My answer now, as it was then, is that if you think a huge number of people are hanging on your every word and can’t wait for you to publish whatever is on your mind, you’re likely deluding yourself.

On the other hand, if you realize that the old saw about “publish or perish” that was once true for professors has become true for most businesses, then you need to blog. Blogging will get you traffic. Traffic is good (read: long tail marketing).

Of course, you want to avoid becoming just another bad blogging outfit.

A few days ago, I came across this post at TechCrunch. My first impression was that Semil Shah, who lists himself as an Entrepreneur-in-Residence at San Francisco-based Javelin Venture Partners, was onto something. Then what he’s onto occurred to me: people will try almost any tool, and there are two exit strategies for tools that gain a little bit of market traction:

But most of the time, your incarnation as a tool proves you to be nothing more than a toy.

In his TechCrunch article, Mr. Shah invokes, among others, Posterous—which has been around for a while, gained a lot of traction, and then . . . stopped getting talked about—and Svbtle, which is newer; and I’ll bet you’ve never heard of. Posterous, as I told you almost three years ago, was most useful for posting your pearls of wisdom to many places at once, albeit without control over how those posts showed up. It is, in short, a way to throw everything you say against as many walls as possible, with Posterous benefitting hugely from your work, the other Posterous-anointed social networks benefitting less, and you benefitting only from a reduction of effort—and likely sabotaging your SEO efforts.

Shah goes on to talk about Pocket, a service with no user facility to recommend it, at all. I’m sorry to be quite so rough as that; I really am. But Pocket, a way to gather information you think is important for later consumption (very useful!), does so as an extension of other services that already gave you that ability, and says so on their web site as though that was a selling point. Do you really need to use Flipboard—already a gathering of your “stuff”—to regather it in Pocket? And if somehow you decide you do, what is Pocket adding other than computer and Smartphone software bloat and more competition for your attention, that Evernote, which you probably already use, doesn’t provide? Seriously, we need less tools, and better ones—not a cornucopia of tools that try to control us and do land-grabs.

Bringing me back to Svbtle.

Svbtle is a blogging platform. I have no comment as to whether Svbtle is any better as a way to churn out your thoughts and cast them to the Internet winds than, say WordPress or whatever platform you’ve been using. I do know, though, that because Svbtle doesn’t allow comments it will fail as a Search Engine Optimization tool.

That’s fail you. Svbtle will succeed in driving traffic in the aggregate to Svbtle. Svbtle, at the end of the day, is a content farm and long-tail marketing platform for Svbtle. The serf farmers? Svbtle doesn’t help them. In fact, Svbtle likely does them damage.

But I’m less interested in attacking Svbtle than in pointing out something about blogging and where it helps you.

Blogging, to be effective for non-media businesses in any way beyond a way to stroke your own ego, is about engagement. Turning off comments? Really dumb. You need to invite participation. In fact, even if your business is media-driven, you need to engage. That’s business change. It’s what matters.

Feel like engaging on this? Please, Leave a Reply. Or if you’d prefer to engage privately, contact me here.