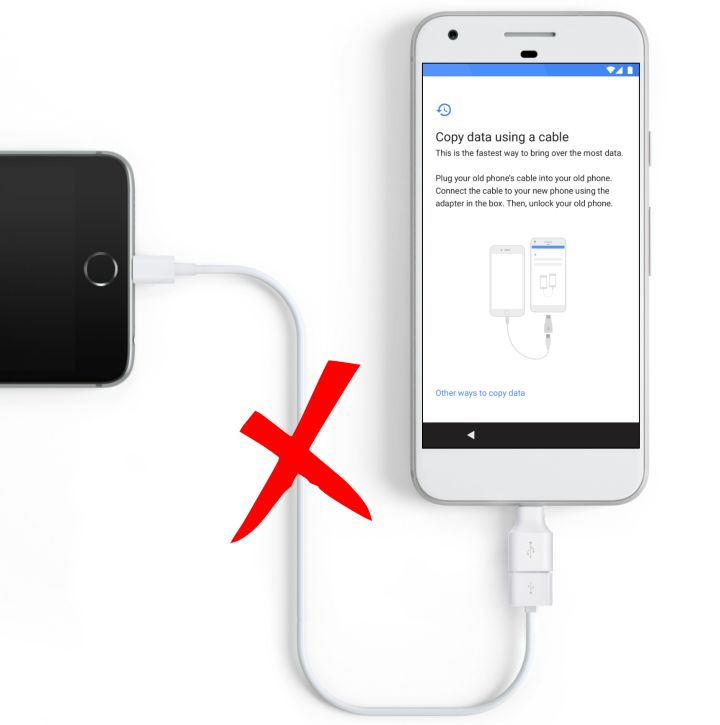 Perhaps the most important thing you can do as you create business change is establish standards. Companies like Google are great at this—and at their size can even create new standards for the rest of us.

One you should not have to deal with is the new Google Pixel Data Standard.

Before the Google Pixel Phone launched I wrote here about its potential for extra data consumption. A week in, I’m happy to tell you that Google Assistant in Pixel Phones boosts data use only about as much as Siri does in iPhones. Addendum, December 21 2016: It’s a bit worse than that. Over the last couple of months I’ve seen my overall data usage increase by about 400 MB per month. I believe this is truly based on incidental “hey, I need something from a server” behavior on the Pixel.

And now, the other side.

While the Google Pixel and Pixel XL phones are truly terrific, Google’s built in a little trick that’s hard to understand until you consider that Google Pixel Data Standards idea. Or at least the several Google employees I’ve spoken with think that’s what they’ve done. If you like keeping music on your device and building playlists, the Pixel phones are going to frustrate you.

Google jumped into the music business over five years ago. I told you then that Google Music had the potential to be an iTunes killer, and in a way it succeeded. The iTunes store is still healthy, but how it works has changed; most people have stopped buying music and stream it instead.

Of course that statement applies to Google Play Music in the same way it effects iTunes. In fact, services like Spotify, where buying music was never the idea, have blown past both. But what if you’re a dinosaur and still like buying your music and keeping it on your computer or phone instead of doing this newfangled “streaming” thing?

Mostly, the answer is “dinosaurs die; get over it”. But remember that when you have music and movies on your device playing them doesn’t eat into your data allowance. If you don’t have an unlimted data plan, streaming music can cost you, big time.

Of course, that suits your carrier just fine, and the Pixel phone is Google’s first mass-market attempt to become your carrier. Project Fi isn’t a bad deal, but profit-wise it’s based on you using as much data as possible. The Google Pixel Data Standards being pushed by Fi help Google more than they help you.

With music, the Google Pixel Data Standards being monkeyed with relate to something you may never have thought about. People who organize their music into playlists use something called M3U files. M3Us are lists of songs grouped together in ways less structured than, say “by album”. And on Google Pixel Phones, M3U files don’t work.

The Trouble With Standards

Or at least that’s what the Google employees I spoke with told me. In fact, M3Us may not work on any phones using the latest version of Android; let’s wait and see. Either way, though, Google has effectively killed locally-kept playlists on Android. The only question is how deeply into Google you have to be for Google Pixel Data Standards to matter.

Standards are great. When you’re the size of Google they help you keep your hold on markets, and when you’re like the rest of us standards help define paths from one business change to another. But standards also push you further into boxes you might not have wanted to be in. Both sides of that issue pop up here.

Remember, when you’re big enough you can cram something like Google Pixel Data Standards down the world’s throat. The question is how you can employ standards to manage the changes in your business. And the answer will vary. And that’s why we’re here.