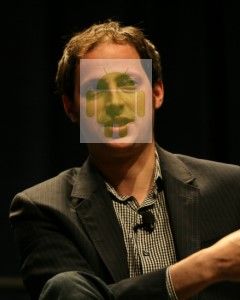 Is Nate Silver an Android?

I’d actually enjoy knowing if the most famous statistician in the world uses an iPhone or an Android device (gotta believe it’s Android). Today being Election Day in the USA, I’m at a cross-roads where I ask myself a lot of questions, and here’s the business change message du jour:

You have to be an Android to like Nate Silver.

But not “Android” as in the operating system I choose for my SmartPhones and tablets. I’m talking ‘Android’ as in an actual, not-quite-human machine. Someone who loves facts so much he stops caring about the things that facts effect.

Given my druthers, I’d prefer to see Barack Obama win re-election today. And so there’s a part of me that breathes a sigh of relief when I see that Nate Silver says President Obama wakes this morning with a better-than-ninety-two-percent chance of winning. But then I remember just how easy it is to make statistics lie.

No, of course that isn’t right.

Nate Silver’s become one of the most famous people in the world this week. Mr. Silver has a statistical model that’s been remarkably successful in predicting the outcome of elections over the last few years, and he deserves accolades from the mathematical community. And certainly the fact that so prominent and successful a statistician as Nate Silver is so certain of the outcome of the Presidential Election qualifies as news. But . . . when did statistics become trustworthy enough to be news?

I’m referring to something specific here: Nate Silver is now an employee of The New York Times Corporation. Silver works for The Times because his blog was bought by them a little while back and what formerly was merely the musings of a math geek is now housed at the New York Times.

I know this makes me sound like the middle-aged guy I am, but Journalism (BIG J) is supposed to be about reporting facts. AOL’s Huffington Post is not in the Journalism business. The NBA’s David Aldridge is no journalist. But The New York Times is supposed to be above the fray of partisan reporting, and while owning Nate Silver’s work and the resultant facts that come from it is OK, letting his work become the stuff of political fodder isn’t.

Uncle Walter is rolling over in his grave.

I’m going to leave my rant right there and trust you to process it. Having stated so much opinion already, I’ve already crossed the line. Of course, although I have a journalistic background I’ve been clear before and I’ll say again: I’m not a journalist.

What I am is a business and marketing consultant. I run a company that trades in Influency* ™ . I have opinions. Our clients pay us because they believe that our opinions make sense and will help them make more money. Search Engine Optimization and how we approach it is an example of that.

What’s meaningful is finding what matters, and acting on it. Get your Internet Hosting on a Safe Platform. Buy The Right Computing Devices, not the cool ones. Even if the best choice is a Google Chromebook, and that doesn’t seem to make sense until you think about it.

But The New York Times shouldn’t be trading in that. Because Nate Silver is an Android, and Androids are biased, because they’re Androids.