To Land on Wall of Shame, Honda Financial Wastes Money 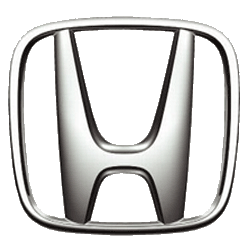 It’s been a few months since we inducted a new member to The Answer Guy’s Customer Service Wall of Shame. Honda Financial, I sure hope you’re listening.

My friend’s mother lived in New Jersey at the time she entered this three-year lease with Honda Financial. Now, no longer driving, she lives in New York City.

I contacted Honda Financial when the decision was made to make that move, asking what options were available. Without getting too bogged down in the details of how every time a new person at Honda Financial was brought into the discussion the answer changed I’ll tell you that the position ultimately communicated by Honda Financial was that my friend had several choices:

Choice number one made no sense. Parking a car in New York City costs more than owning and insuring one, and there was simply no need for the vehicle; creating a lifestyle where my friend’s mother didn’t need to drive was why she moved to The Big Apple.

Choice number three was easiest, and cost the least. Yes, there’s the credit rating issue and the “moral issue” of walking away from an obligation they could afford, but with circumstances dictating it unlikely that the credit rating hit will ever matter, it came under consideration. And was rejected.

Choice number two was expensive, but “the right thing to do”. My friend and her mom wished to honor the contractual agreement with Honda Financial, and so they began looking into the sale of the vehicle. And they found a buyer, albeit one willing to pay a price approximately $2,500 less than was needed to finish business with Honda Financial.

And then I contacted Honda Financial about the business process and paperwork necessary to transfer this lovely, 15-months-old-with-just-4,000-miles-on-it Honda Accord to that buyer. And Honda refused to do so. Honda Financial demanded that the vehicle be purchased for cash by the current leaseholder, registered in New Jersey (where she no longer lives), and then, after Honda Financial was “out of things”, well, of course what happened then wasn’t their concern.

Which I understand. But practically speaking that wasn’t possible, and by interjecting an extra … oh … three weeks or so of paperwork and administrative overhead to the situation, Honda Financial scotched the sale.

I asked for a way through the red tape. I explained the situation in detail. I even pointed out that Honda Financial was creating a situation through rigid application of their business process that was making that “choice number three” strategic default look pretty good, and that if things went that way the $2,500 that my friend and her mother were willing to eat in the interest of doing things the right way would effectively become Honda Financial’s problem.

I then took one more shot, contacting the presidential complaint line at Honda Financial seeking special, hands-on customer service that the normal channels of their customer service department couldn’t provide. And the conversation I had with Honda Financial’s Office of the President led not only to the same thing but to an admission that Honda Financial would rather eat that $2,500 than work through the administrative aberration that this situation created.

Did this surprise me? Not one bit. Truth be told, as a business process consultant and someone quite familiar with the idea of “Cost of Doing Business” I understand it better than most.

But as a matter both of saving money and providing even a modicum of customer service, this one should have been a no-brainer.

Instead, Honda Financial will be eating that lease. And even more significant, will soon see that the way we do Search Engine Optimization will land the article you’re reading now far enough up the rankings for the phrase “Honda Financial” that it will cost them much more. It worked when we decided to make an example out of Nissan of Manhattan‘s poor customer service, and it will work now, too.