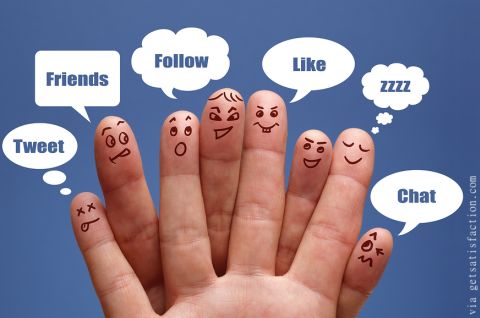 Think you understand social media? Even some of the world’s best-known marketing experts are having trouble understanding it. And yes, I’ll include me in that statement, which is either too egomaniacal (“he just called himself an expert”), or too wimpy (“he just admitted he’s not smarter than other marketing people”).

You decide. Here’s what made me write about this today:

A couple of weeks ago, Vic Gundotra, who’d been running Google+ since its creation a few years ago, suddenly left Google. Ignoring the sometimes a cigar is just a cigar angle where a really rich guy with no more career upside simply decides to be a rich guy for a while, most of the buzz surrounding Vic’s departure has focused on the likelihood that Google is getting ready to mothball Google+.

It would be an interesting conversation, and given Google’s propensity for discontinuing services it no longer considers central to its mission isn’t completely crazy, except for one thing: “discontinuing Google+” doesn’t mean anything. Let me explain.

Google+, despite looking as though it’s trying to be the same thing as Facebook, isn’t really a social network. Oh sure, Google would have been happy to see Google+ compete meaningfully for peoples’ Internet meandering time, but just months after Google+ launched, Google Chairman Eric Schmidt revealed the truth; Google+ isn’t about social networking, it’s about social control.

Despite that, people thought Google+ was failing after a year. It seems Mr. Schmidt’s very clear earlier message was being ignored.

Two more years have passed. The general idea that “people aren’t hanging out on Google+ in the way they do on Facebook” is still the topic under discussion when Google+ comes up. And it’s still correct. But Google+ is used, if unintentionally, by at least a half-billion people, and Google gathers a tremendous amount of information through that use. Google plugs that information into their search modeling and search engine optimization. They use it to sell more advertising at higher prices. Google is the world’s dominant search engine and largest advertising agency; Google+ is far from a failure. Google+, the technology that Eric Schmidt was so open about right after it was launched, isn’t going anywhere.

Google+ the product might start looking or acting different (yup) or even cease to be (nope), but Google+ the technology is the single most important part of Google’s high-level strategy. So why are so many smart marketing people predicting its demise?

For example, this morning Mark Schaefer, a marketing guy with a huge following who nevertheless has recently been looking like he’s losing perspective on where the forest ends and the trees begin, opined that Google+ is in trouble because teenagers aren’t using it. Teenagers don’t care, Mark. They use tools like Snapchat and they love Twitter for the same reason celebrities, marketers, and celebrity markers love Twitter: you can spout off without a putting a lot of thought into actual engagement. Despite looking like one, Twitter isn’t a social network either, but it sure isn’t failing.

You know what’s great about Google+? We don’t get engaged enough there to be depressed. Google+ is The UNsocial network. Google+ illustrates the importance of Influency, and underscores the power that size conveys.